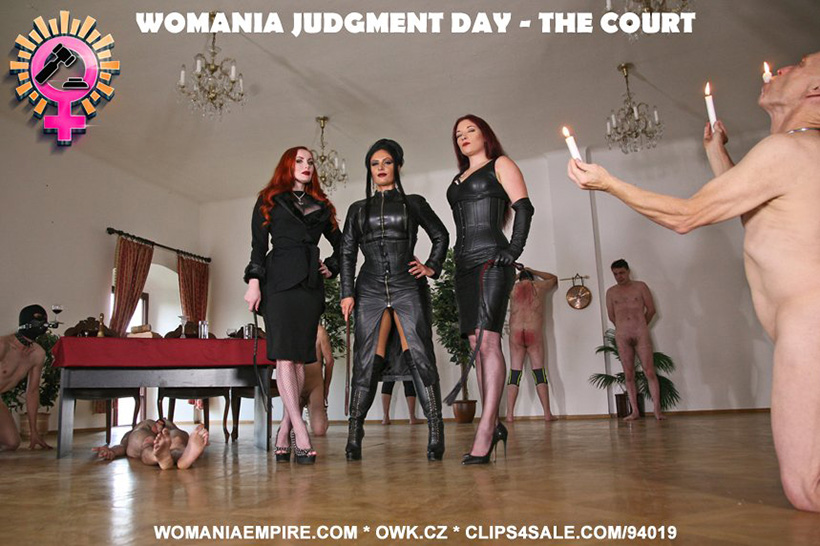 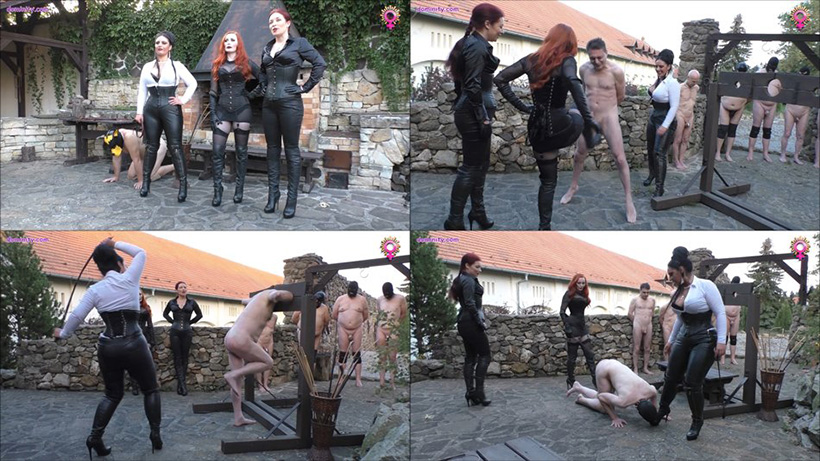 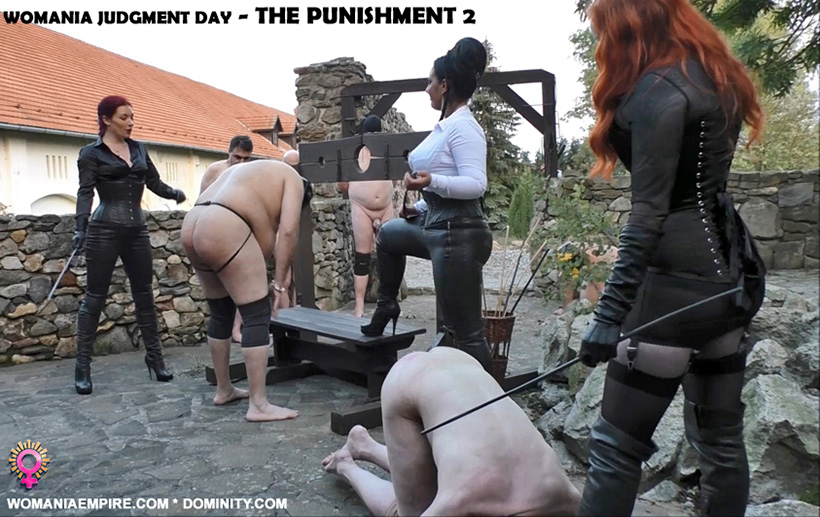 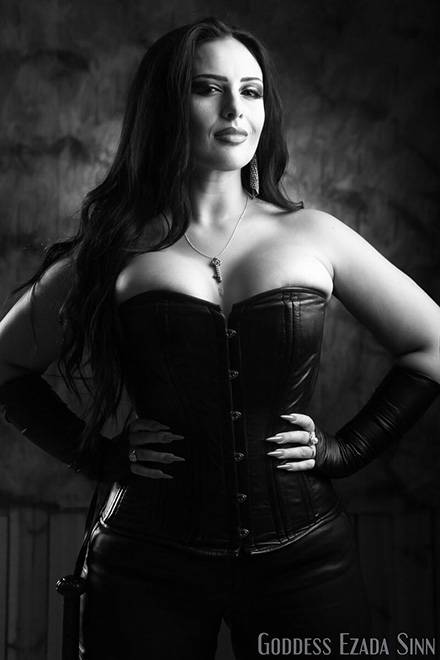 will judge all male creatures who come personally to the public Womania Court hearing on the 16th of September, 2018 at the OWK Castle.

Every male person who has been guilty in the past of any kind of disrespect to the Women or who has violated the Womania Empire law will be sued, sentenced and punished on that day.

All guilty person may come voluntarily (or at the request of their Lady-Owners), as early as 15 September, to spend the night before their trial in a cell in an underground prison at the OWK Castle.

After official, public Court proceeding, they will be punished by Mistress Ezada Sinn and they become in written form Court Verdict and confirmation, that punisment for their crime was executed.

Every offender will be convicted for corporal punishment (cane, whip etc) and / or public pillory, forced labor etc… - and in the same time he become possibility to pay a fine instead this punishment (or for a part of it). All possible financial penalties will come for Womania Empire Castle Fund


If you are interested in being sued and convicted
by Her Excellency, Mistress Ezada Sinn: 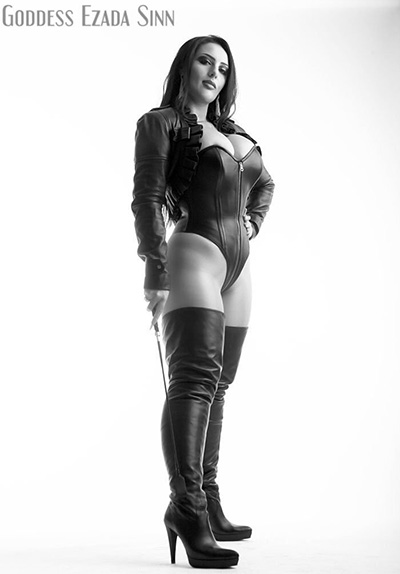